An unusual title? Yes, but it’s true. Because we had to get from the USA to Sydney we arranged a stopover on Hawaii. And we could do worse. 🙂 Christmas on Hawaii was a lot different than at home, but also very special.

We visited Oahu for 5 days and rented a car. Renting a car is a great option (300$ for five days) as the gasoline is cheap (3$ per gallon) and the distances short.

We all think of beaches, palm trees, hula dancers, and surfing when we think of Hawaii, but Oahu offers so much more. Jure’s first thoughts were: »There are no snakes on Hawaii. That means we could camp, hike and so on.« Not that you can’t otherwise, but still. And that is exactly what we did: hiked, camped and so on.

Hawaii are a volcanic group of island on a hotspot. It means that the landscape is very young and being shaped in front of your eyes. We started with a hike to Coco head. Quite a tough ascent because it is a volcano and have you ever seen a flat volcano? The most important: the view is amazing and you get a bit of orientation for southern Oahu.

Snorkelling couldn’t miss. So we went snorkelling at the most favourite snorkel spot on the island Huanamo Bay. For us a disappointment. Not only there is an entrance fee of 7,5$, they also make you watch a video how you should preserve nature, but doesn’t actually say that you shouldn’t step on corals.

The water here is really shallow, murky with strong currents and in our opinion dangerous for snorkelling beginners and not to mention environmentally completely irresponsible.

The first two night we spent in Honolulu. Because we had a car we wanted something with free parking. We found HI Honolulu just outside the city with free parking, free wi-fi, great kitchen and private room. Its location was perfect for exploring Waikiki, southern shore of Oahu and Pearl Harbour.

Then we started exploring the so called wind-ward Oahu. This is the East coast with many amazing beaches, surf breaks, campsites … Soon we discovered that on Oahu there are many so called »beach parks«, beaches were you have a lifeguard on duty, toilets, showers, picnic areas – all for free. An idea for the coast of Adria? J We visited Sandy beach, Waimanalo beach, Kailua and many more we don’t know names of. We liked Waimanalo a lot. Maybe the sand is not as soft as on Lonely Planet’s best beach of Kailua, but there are a lot less people here.

The first night we spent at a private campsite near Malaekahana Beach.

As newbies of surfing we had to check out the famous Pipeline. To our surprise it was full of surfers in the early morning. Some surfers were clearly less than 10 years old (a slap in the face for our surf confidence :)) and were already masters of the sport. Hawaiian children really are born with a surf.

The north shore is spectacular: mountains, rainforests, postcard beaches, rapidly changing weather, it is an outdoor geography classroom (Jure was mind blown). We also hiked to Kaena point. This is the most western point we have ever been to (and probably will be). The landscape turns from spectacular to surreal. Lost was filmed here (if anyone remembers the walks at the beginning of season 2 ;)).

We wanted to spend the night again at the same place, but we were too late as they already closed the gates. What now? Let’s sleep on the beach. As if someone wanted to test our ingenuity it started to rain, but not just rain – it started to rain Hawaiian style (like Forrest Gump described Vietnamese rain – from all directions). We decided to sleep in the car. We parked at a resort parking lot and fell asleep. During the night we had to move, because some people were making just too much noise and parked at the Marriot (no, we didn’t check in 🙂 ).

The next day we drove back to Honolulu through inland Oahu. The landscape is again incredible, minus the beaches. We visited Pearl Harbour, renewed our history knowledge and enjoyed the Sunday afternoon on lovely and world-famous beach of Waikiki. Here we had dinner, did some shopping and said »So long Hawaiii« with a promise that we will return.

We’re pretty sure that we forgot to mention many things so we will try to make up for it with pictures (even though they don’t do Hawaii any justice). 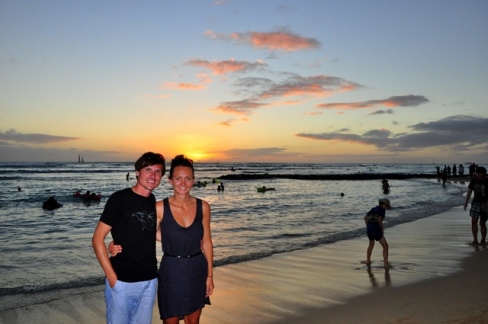 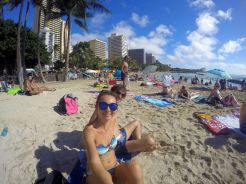 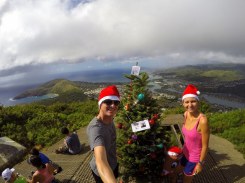 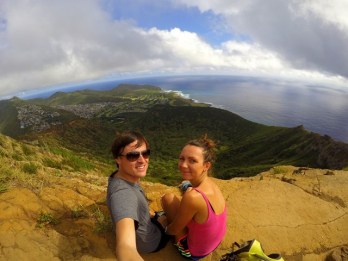 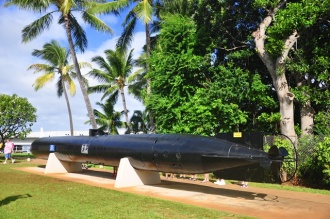 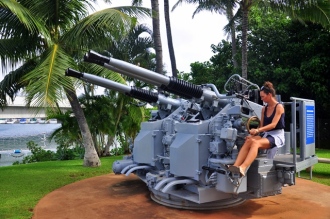 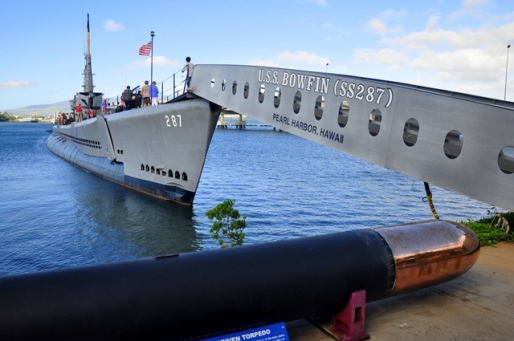 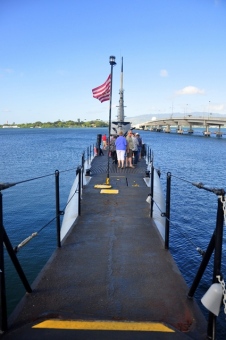 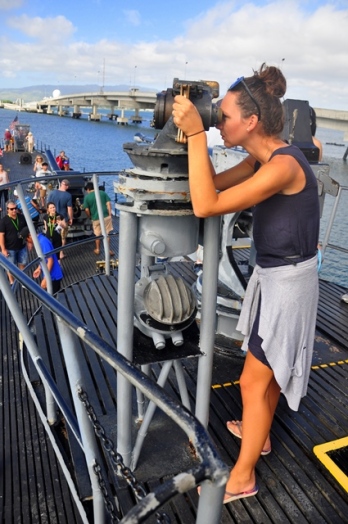 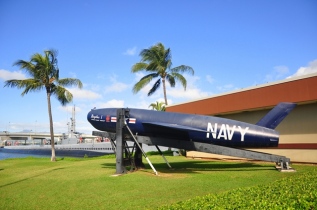 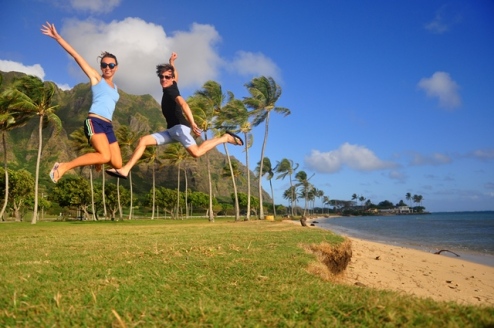 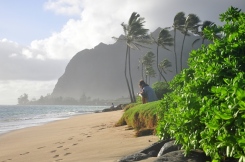 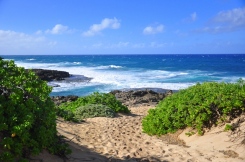 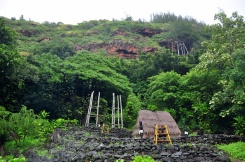 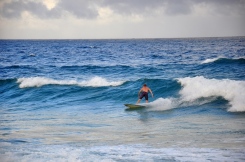 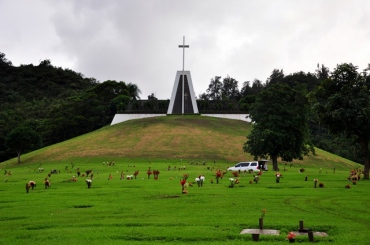 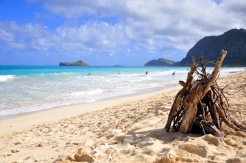 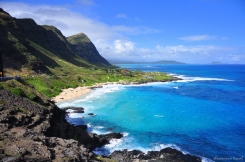 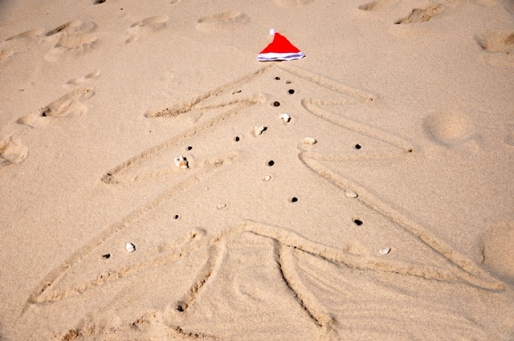 Our Christmas tree for this year 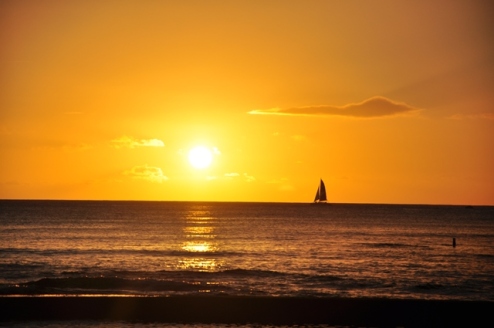 One thought on “Christmas on Hawaii”